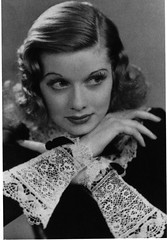 I love redheads. I grew up with I love Lucy and if that show had been in color, I would've realized my fetish for red heads earlier. Instead, it sneaked up on me, like the old adage 'You never forget your first love'.

When Suddenly Susan began it's run on network TV, I had nothing better to do but tune in to watch it. School was too boring and reading text books was usually done at night to cure my insomnia. Smart, eh? I didn't know what I wanted to do with my life anyway. I couldn't stand being around lots of people. I still feel like that, but now, instead of being near people who're a constant reminder of the 'been there, done that' mentality, I keep to myself.

My favorite redhead is Kathy Griffin, but she wasn't always my favorite. Back when she was in Suddenly Susan, she did nothing for me. Something between then and now changed her. Before, she was just another co-star. Now she's a one-eyed pirate with a flair for teaching parrots to talk. Her show Kathy Griffin: My life on the D-list runs amuck with bleeps and beeps when she accidently lets one of her more colorful adjectives heard. It's almost like reliving my days from k-12 when every other word was "fuck". For somebody who rarely got laid back in those days, the use of that word was abusive in itself. Now it's different.

We live in a society where people have to choose who they talk loosely with, and words we all loved to use in high school are received negatively by strangers. Kathy, however, seems to feel a rapport with everyone she meets. If it only took fifty years for comedy to change as it has amongst redheads, I want to live long enough to see what happens another fifty years from now. If Kathy's fame continues to escalate, she will destroy catholicism as we know it and we'll all be pronouncing it CAT•holic with a subconscious tribute to Bastet.