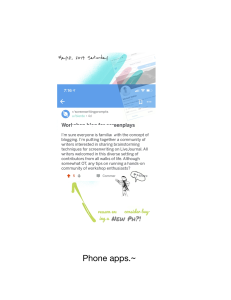 Notability collab
I like the simplicity of using Sketches app on my iphone. I still need to grasp the concept of transparencies. I never understood it in PhotoShop, so even though the concept seems the same, I'm in the dark about it.

Then there's the issue of exporting. I wasn't able to export my image from Sketches and into a workable format for blogging. I had to copy my image and paste it into Notability. I don't usually pay the $3.00-9.00 for apps.‡ So… I guess you can say I'm taking a break from trying to figure out the two space rule after a period when using fixed width fonts like Courier. Monaco, Andale Mono. From Notability, the only way to export is thru .pdf (see sample). The problem with this is the gaps of blank space which frames the original Sketches composition.
Things to think about:

and once the pdf is exported to the cloud, it's easy to open it in Preview on my MacBook. Preview allows exporting to .png and so far the .png format is working for me. #pilcrow_news has me doing updates to the #Sandbox I've created for screenwriters to explore their desire to learn how to code. It's simple really, so head on down there and don't be shy. Why, in my day #Sandbox wikis were the classroom for computer science hobbyists. And look at me now! Anonymously posting trash about public figures I don't like and hiding in my mama's garage.

One of these days I'll fund the means to make the movie that will never be made ( #tmtwngm ) and it won't be one of those boring American Greetings productions. It will be so BIG, that it will take all the major studios, with the expection of Dreamworks and it's affiliated members, namely: Steven Spielberg. Paramount, Columbia, Sony, etc.

‡The reason I try to delay upgrading as much as possible.
Collapse