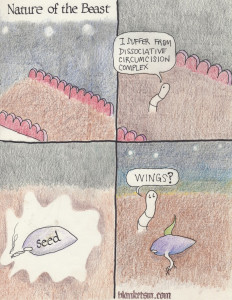 People who cope with their phobias seem to be in the crosshairs of law enforcement when they’re called to duty to enforce the law. The phobias I'm addressing, PTSD, may not be as serious as our troops who fight abroad, or even the police who deal with the more challenging of personalities on a daily basis, but they fall under a psychosis just the same. That the immediate reform to the uniform law enforcement dress themselves in has not yet been converted to reflect the global cleansing it needs: hot pink, reflects the departmentalization which certain interest groups employ to facilitate the murder in broad daylight of an innocent American citizen named George Floyd.


There is a certain character that a badge instills in a first responder, but we never see it because the code of conduct of people who put their lives at risk to protect others is kept secret from the general public. Call it machismo if you like, but thought processes change drastically when a man has to come to terms with risking his own life for the well being and protection of U.S. citizens. We caught a glimpse of this code of conduct, which the media exploits, when we heard a grown man call for his mommy and plead for his life using the words “I cannot breathe”. There isn’t a huge mandate that must be passed before the color of uniforms are reformed to address the bullying nature of badge holders whom we know now numb themselves of feeling as much as there is a conspiring bureaucracy given the task to convince the masses that a few rotten apples doesn’t govern the system.


I know hot pink uniforms isn’t going to bring back all the wrongful murders the official death reports leave out, but neither is the spectacle which the few good policeman who take a knee or confide with protesters claiming they’re on their side.


We are taught that the only reason anybody should have a need to kill somebody is if their own life is in danger. When was looting and the violent destruction of property considered harmful to one's health? You might say, the actual policeman whose job it is to restrain a looter/vandal may be risking his life, and that is true, but the police are the only badge holders who are paid to put their lives at risk and I still fail to see the urgency in the evaluation system law enforcement officer use to judge whether a person is ripe for the grim reaper. In the minds of our fellow citizens hurting over George Floyd is not complaisant peacefulness. Like the first responder’s frame of mind, our looter/pyromaniac neighbor suffers from the raw hard truth life has dealt them.


They are broken and no longer see eye to eye in any casual interaction involving communication with law enforcement. Be they good or bad, we all have a right to avoid interaction with a law enforcement officer if he cannot say why we might be getting detained.


If I didn’t break the law, yet there is a policeman in my face, my blood pressure is going to skyrocket about the same level a policeman’s blood pressure skyrockets because he doesn’t know if he’s going to be harmed. But now we have two innocent people butting heads with their over-active blood and communication is not going well. The authorities should not be in a position to tell anybody that it is mandatory, not just polite, to respond when being spoken to anymore (unless it’s by the spectacle of a policeman trying to gain respect while wearing a hot pink uniform.)
Collapse